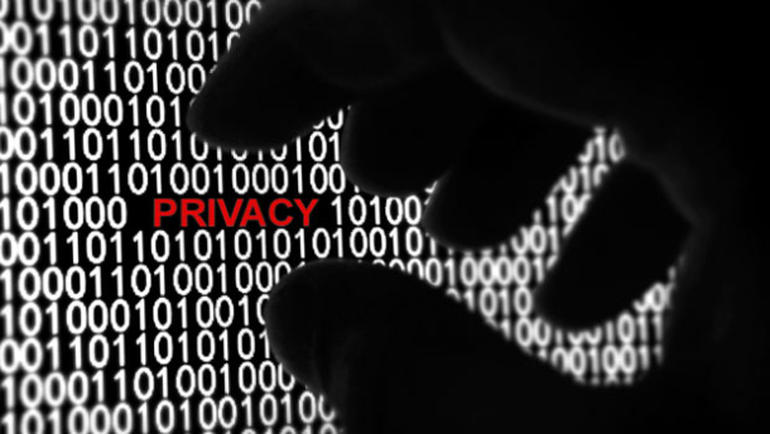 Over the course of the last 18 months, pressure has been mounting on Facebook over data and privacy concerns by various regulators. The latest $5B fine on Facebook by FTC signals not the conclusion of this battle of privacy but the beginning of a long-term war. Most inquiries into Facebook have been based on the use of personal data, access to data and spreading misinformation. Access to personal data and users behavior and interest traits, allow the social giant to profile users highly accurately. These precise segments are then opened up to advertisers for targeting. The privacy concerns stem from this profiling but essentially the same profiling gives Facebook the edge that makes it unique from other publishers and makes its advertisement business model successful. Digital advertisers are aware of this accurate profiling, however, its users are vastly uninformed despite the huge clamor over privacy. According to a study by Pew Research Centre, more than 74% of Facebook users were unaware that Facebook stores a list of their interests and affinities for ad targeting purpose.

Google and Facebook are both built on the foundation principles of zero price. Although this apparently may seem benign and benevolent, is in reality most pernicious. Surprisingly, similar to Facebook, Google has also been battling its privacy battles . However, contrary to Facebook’s woes, Googles fight has been regarding lack of informed consent on Android, right to be forgotten for its search engine, anti-trust and trademark breaches. Google is synonymous with search, and it doesn’t seem intuitive that Google will have similar problems with spreading misinformation and use of automated profiling. However, at the core of Google’s universe is a cascade of free apps and services which helps it collect in-commensurable amount of information on the individual that it probably knows more about the person than the person knows about himself. Free maps, free Android platform which is synonymous with everything Mobile, free YouTube videos and Internet music, free email service, free calendars, free android apps and the omnipresent free Google search. Google’s free economic model is a lie, because on this earth nothing, in the end is free. Tim Cook, the CEO of Apple, has rightly said

Google’s free economic model is a lie, because on this earth nothing, in the end is free. Tim Cook, the CEO of Apple, has rightly said “If the service is free, you are not the customer but the product”.

Not a lot of people are aware of the fact that Google has a very accurate profiling system of its own which is used across its ad networks of search, display and video advertising. More than 80% of Google’s revenue comes from advertisement and a significant portion of that revenue is driven by non search based ads like YouTube and Google Display ads on third party websites. On these platforms, advertisers use similar targeting techniques to Facebook and the business model of these platforms is very similar to Facebook. An idea of the segments on Google in which a user has been classified into, can be obtained on users Google Ads settings page.

In the above example, a user has been classified as 25-34 years old Male with certain interests and affinities like interested in action and adventure films, blues music, business services , business finance, accounting and financial software and others. Google profiles all users by default and it has one of the most accurate data streams in its portfolio to classify a user and later use it and share it with partners for advertisement purposes.Like Facebook which uses users behaviour on its social platforms to classify users, Google makes use of user behaviour on websites and apps that use Google service to improve the content. Below is how Google defines how it obtains information on a user from its partner sites and its services to segment users.‘For example, when you visit a website that uses advertising services like AdSense, including analytics tools like Google Analytics, or embeds video content from YouTube, your web browser automatically sends certain information to Google. This includes the URL of the page you’re visiting and your IP address. We may also set cookies on your browser or read cookies that are already there. Apps that use Google advertising services also share information with Google, such as the name of the app and a unique identifier for advertising’

Importantly, majority of the sites on the internet use Adsense for monetization and Google Analytics for tracking user behaviour. Also most mobile apps that depend on ad monetization use Google advertising services. According to the tool BuiltWith which tracks usage of different web technologies, 86% of top 100K websites use Google Analytics.To enable a host of targeting options, Google essentially uses a users search history, tracks behavior of these users on different sites that are affiliated to one of its partner programs or analytics platform and takes cues from the information available via Android like apps installed, location and other behavior patterns that are available to it via Android. Based on all these features, an automated machine learning based classification engine segments users in different interest and affinity buckets. So if a user has searched for financial insurance in the past from an intent of purchasing an insurance, there is a good possibility that the user will be classified in in-market audience for financial services which will be available to advertiser to target through YouTube or Display or Programmatic Ads.

As Google stores users search history to define segments, its profiling can be more accurate than Facebook. Also Alphabet Inc has Android, the biggest operating system for hand held devices, which gives it access to un-parallel information. Access to such data sets make it possible for Google to use unique targeting options such as custom affinity and custom intent. Custom affinity makes it possible for advertisers to target users who have certain apps or certain kind of apps installed on their phone. Custom intent helps advertisers target people on YouTube based on their search history or keywords used on Google’s search engine. Google has been vocal on the availability of these targeting options on its platform to advertisers.

Various privacy regulations around the world have recognized the risks to privacy due to the use of automated decision making and profiling by online platforms. Under GDPR use of automated decision making to profile users is restricted if the profiling produces legal effects or similar significant effects to a user. In the above example of a user being classified for being in-market for buying insurance , can be used by advertisers to target the user using Google’s range of advertising solutions, to give him a differential pricing or even personalize messaging . Key privacy features like privacy by default and transparent and informed consent implies that by default users should not be included in such profiling unless user gives a clear consent to be included. In this case of profiling by Google, although users do have access to their privacy setting to opt out, by default users are considered opted in for profiling or ad personalization.So at any given time, multiple advertisers can be targeting the same user without the user even being aware that this targeting is based on his search and web behavioral patterns. The other issue with profiling is the difficulty in understanding the complicated tools in users hands and the clear conflict of interest with the search giants business objective. The language with regards to turning off user profiling for ad personalization is very vague as it talks about other unknown purposes where users information will still be used to segment the user. Below is what Google states for turning off ad personalization ‘If ad personalization is off, Google will not collect or use your information to create an ad profile or personalize the ads Google shows to you. You will still see ads, but they may not be as useful. Ads may still be based on the topic of the website or app you’re looking at, your current search terms, or on your general location, but not on your interests, search history, or browsing history.

Your information can still be used for the other purposes mentioned above, such as to measure the effectiveness of advertising and protect against fraud and abuse.’

In the last couple of years, Facebook might have been marred by controversy when it comes to ad personalization, automated profiling and spreading misinformation. But the problem with respect to ad personalization and privacy might be equally bad with Google if not worse. Alphabet Inc., holds much more confidential and personal information of the user as it controls both search and mobile OS markets. Both digital ad giants, need to move to an architecture which imbibes key principles of privacy like privacy by design and privacy by default else they will encourage discrimination and affect users and society without them even being aware that they are being digitally brain-washed.